Bark for Breakfast and the Reindog Parade

January 07, 2010
The Christmas/New Year holiday season in St. Joseph was wonderful. I didn't get a chance to write about it simply because I was too busy experiencing it. I left off writing about the lovely "Light Up the Bluff" display so I have to go back to that same weekend to share what came next.

Saturday, December 5th was a day for the dogs. It was brutally cold, windy, and snowy. The day started out with "Bark for Breakfast", a fundraiser for a local animal shelter and rescue organization. The breakfast was held at the Silver Beach Hotel which itself was festively decorated for the season. This breakfast wasn't just any old breakfast though. It was extra special fun because dogs were welcome too! 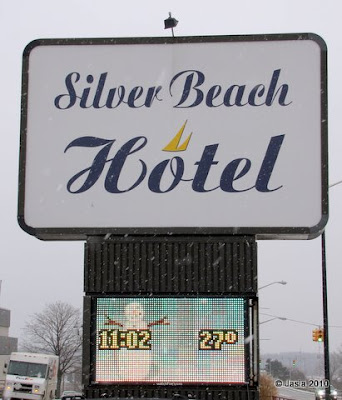 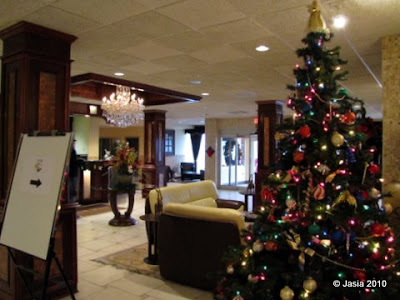 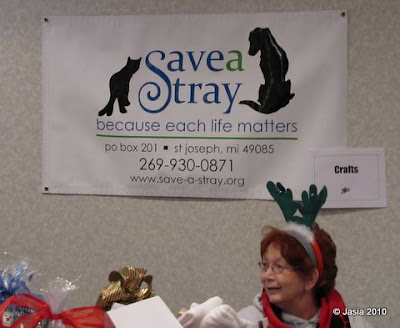 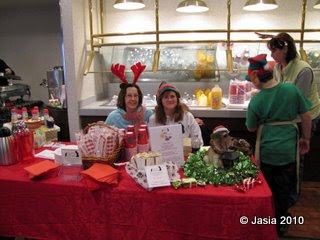 There was a breakfast buffet for people and a separate table for dog treats. 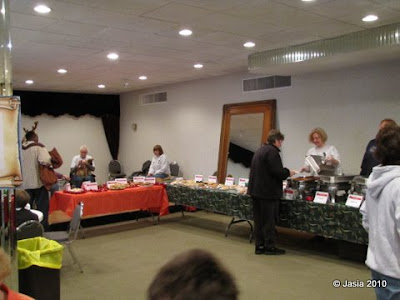 Santa-Dog was there for anyone who wanted to get their pet's picture taken... 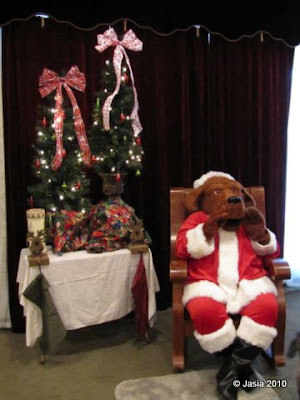 Around the edges of the room were a few caged cats up for adoption and an area of hand-crafted pet accessories and treats. 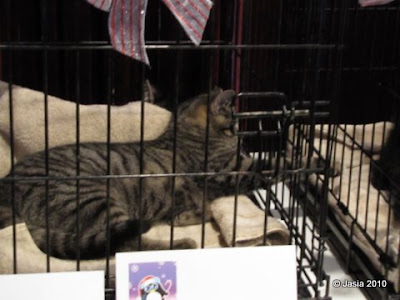 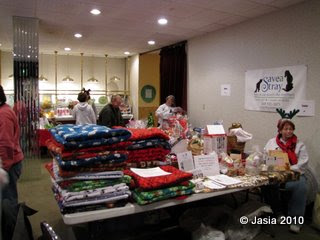 The event had a nice turnout. The room was packed with people and canines, all well behaved and clean. 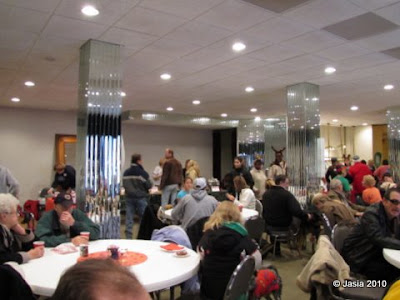 On our way out we met up with the resident parrots that live at the Silver Beach Hotel. Very charming! 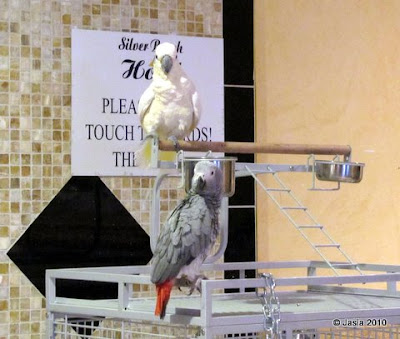 After breakfast was over it was time for the Reindog Parade! What a fabulously fun and zany event that was!!! It was an parade where everyone dressed up their dogs and themselves to welcome Santa to town. And when I say dressed up, I mean dressed up! The costumes were amazing, hilarious, cute, creative, and inspired. Everyone was judged in one of three categories, Best Dressed Dog, Best Dressed Group, and Best Look-alikes (dog and owner). Check out these contestants...

The Grinch and Little Cindy Loo-Hoo...

A pair of Irish Setters dressed just like their owner, or is it the other way around? ;-) 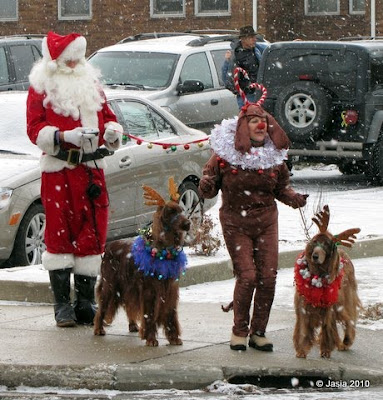 A pair of St. Bernards 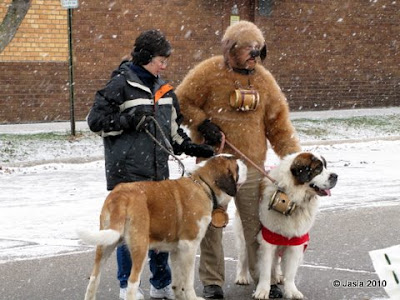 A group of angel Great Danes 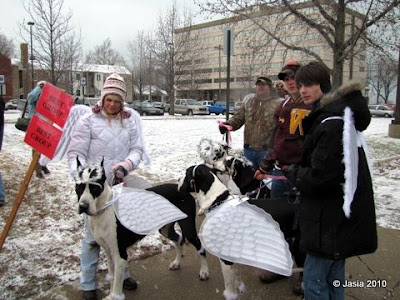 There was a lot of laughter and good cheer as everyone assembled at the staging area. Lots of pictures were being taken by proud pet owners. 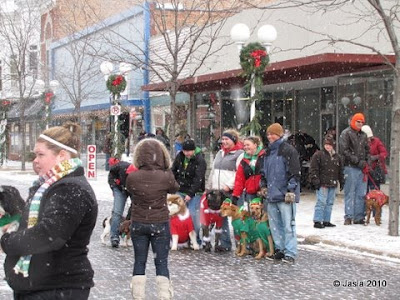 The awards were announced for the winners in each category and then it was time for the parade to begin! 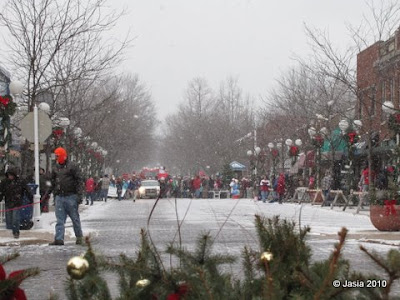 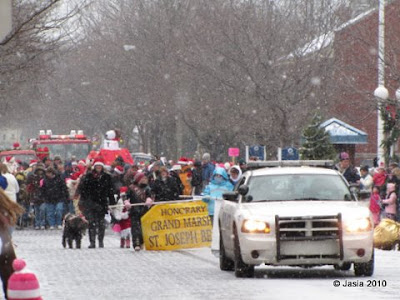 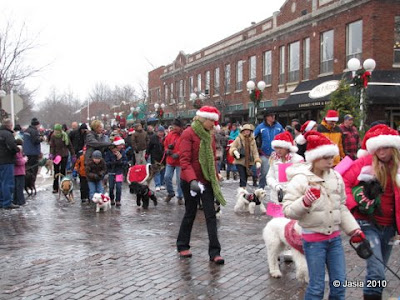 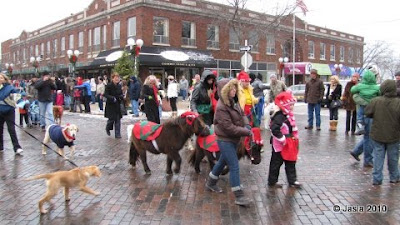 Snoopy made an appearance 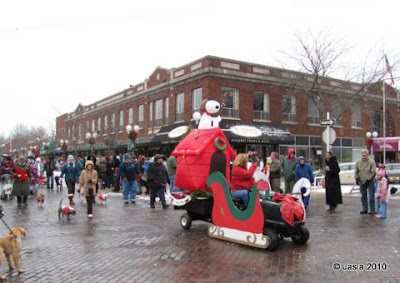 Santa and Mrs. Claus arrived at the end of the parade atop a bright red firetruck! What fun! As you can see, the snow came down quite heavily at times which created the perfect holiday atmosphere to welcome Santa!

D and K and I had a marvelous day together. Breakfast was terrific and K marched in the parade along with his many canine friends. We have some wonderful memories now and we look forward to next year's parade. This being our first Reindog Parade, we didn't know just how enthusiastically people would get into dressing up their dogs. I'm afraid K's "costume" was quite lame... 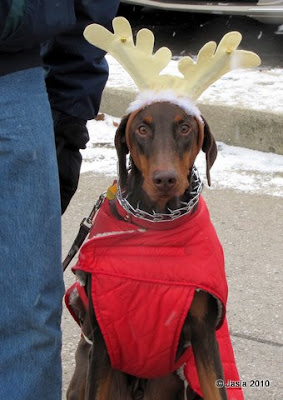