March 17, 2010
On Saturday we took a drive down to Silver Beach to see if the ice mounds on the beach were gone. They were! The first signs of spring were evident. The first thing we noticed was boats on the lake! Fisherman are a hardy bunch so it would make sense that the first boats out for the season would be those of the fisherman. 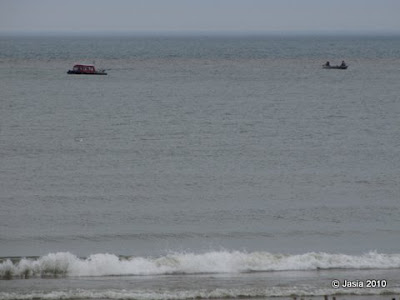 The next thing we noticed is that the sand moving gear had been pushing the sand from the parking lot back on to the beach. You can see the equipment tracks in the sand. And there were people walking on the beach too. OK, so they're not in their bikinis yet but still it's nice to see people out and about on the beach. 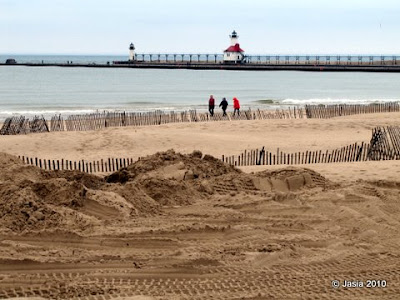 The south pier was occupied by a group of fisherman too. I wonder if they were catching anything... 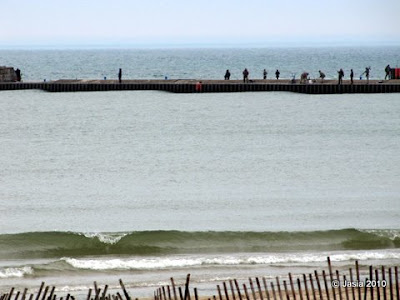 And on a drive along the lake we caught site of another couple of firsherman out on their boat. 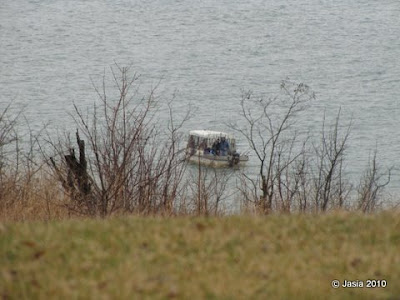 I know it's too early for the sailboats to be out but hopefully the warm weather we're having will coax them out soon!