January 23, 2013
There are two great public locations in St Joseph devoted to the arts, the Krasl Art Center (which I've mentioned numerous times on this blog) and the Box Factory for the Arts. We've been to the Box Factory several times now and I'm at a loss to explain why I haven't written about it before. But, evidently I haven't. 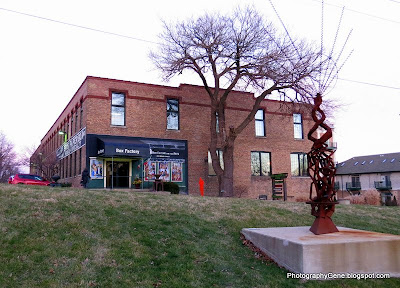 The Box Factory is currently hosting an exhibit that has me all excited. It's called, SHOOT!, and it's an all-photography exhibit... a first for the Box Factory. The Box Factory is dedicated to featuring local artists from Berrien County and Michiana and this exhibit features photographers from Berrien County and Michiana. And the best part of it, in my opinion, is that it's an "open" show. In this case "open" means it's not a juried show, your art work doesn't have to be judged as "good enough" to be a part of the show. It's open to all levels of photographers from those using cell-phone cameras to high end DSLRs. 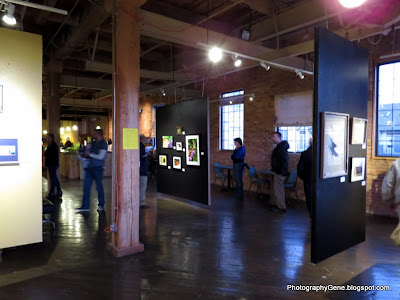 The exhibit takes up all three galleries, 2 on the main floor and one in the basement. Each photo on display must belong to one of 4 categories: nature, animals, people, or still life. There were prizes awarded in each of the 4 categories as well as one for best of show. As one might guess, the most popular subject for the nature photographers in our area was the St Joseph lighthouses! 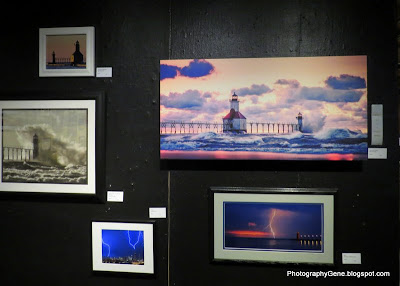 Friday, January 18th was the show opening. There was a good crowd for the artist's reception from 5:30-7:30pm. I'm sure most people came to see the photos but there was a nice array of food too. 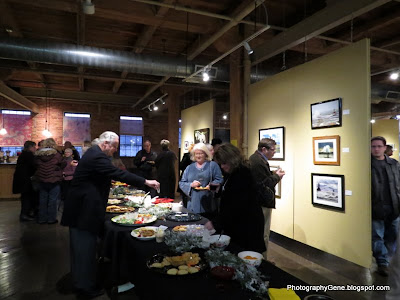 I enjoyed the exhibit and if I'd known about it earlier I would definitely have entered a couple of my own photos in it. There's talk that the Box Factory will feature an all-photography exhibit again in the future. I hope that's true! I've also heard that future photography exhibits will be juried. I hope that's NOT true! Perhaps the Box Factory will compromise and have 2 photo exhibits a year and make one juried and one open. One can always hope!

I will leave you now with the photo that won "best in show". What do you think? Do you like it? You should come see all the photos in the exhibit and decide for yourself! The exhibit runs from January 18 through February 24, 2013. 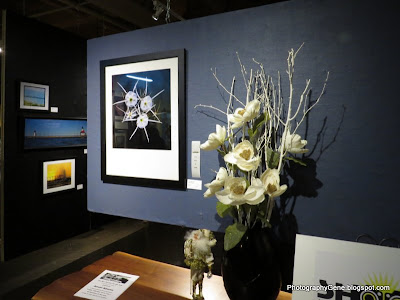 See you at the Box!
Events Photography St. Joseph