June 19, 2010
Wow! We had a wicked summer storm last evening! It had been hot (90F) and humid all day yesterday so evening thunderstorms were no surprise. And since the National Weather Service and local media had kept the public abreast of the possibility of severe weather all day the fact that we got a monster storm was no surprise either. But boy, I was still amazed at the ferocity of this particular storm!

D and I enjoy storm chasing.  For us, it's all about the photo op. We seek out good opportunities to photograph storms. Which is kinda funny really because as a kid I was terrified of thunderstorms and tornado warnings. And now I find it a fun challenge to capture Mother Nature's fury with my camera.

Anyway, I kept an eye on the local radar throughout the day. When it looked like the storm was imminent, we headed down to Silver Beach. Unfortunately, the beach was closed and everyone had been asked to evacuate. So we went on to Lion's Beach where we found ourselves among a handful of others with cameras in their hands.

You could tell from the cloud formation that it was going to be a whopper of a storm. 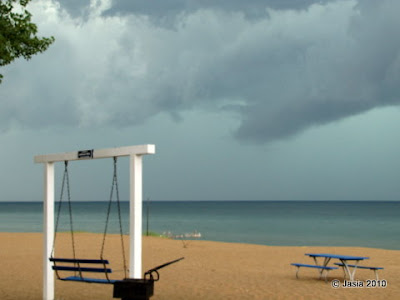 It looked ominous and it felt ominous. 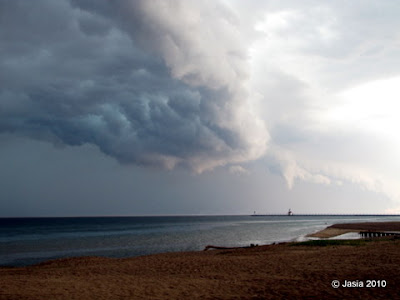 These "before" pictures are pretty amazing. But there was no way for me to capture the hurricane force winds that came up in an instant. I've never experienced wind like that before. I don't know what the exact wind speed was but according to the local media it was between 70-90 mph. The force was so strong it felt like a heavy wave crashing against me. And I have a big bruise on my arm where it flung me against the car to prove it. Awesome!

And then it rained. 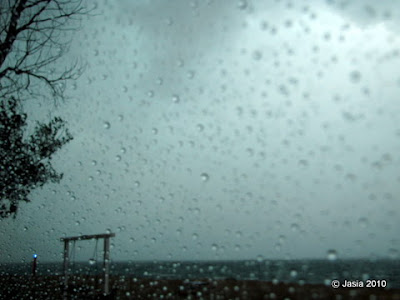 Then after the storm it cleared up enough to catch another wonderful Lake Michigan sunset. 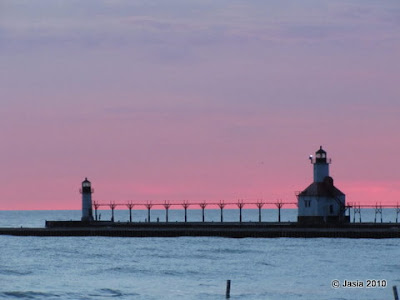