Off to Chicago to View Holiday Lights

December 10, 2009
So I've had a home 90 minutes from Chicago for 10 months now and haven't made it to the windy city yet. That is until Thanksgiving weekend. D, DJ, and I made the drive over to have dinner and see the holiday lights on Saturday, Nov. 28th. Here's what we did...

We left St. Joseph about 4pm. The sun was getting low in the sky and the shadows were long but the weather was clear. We took I-94 south and opted for the toll road, I-90, when we got to Indiana. That was a mistake as the road is under construction with reduced lanes, shifting lanes, and lots of rough surfaces. Being from Michigan, I'm used to rough roads but not when I have pay a toll to drive on them. :-7 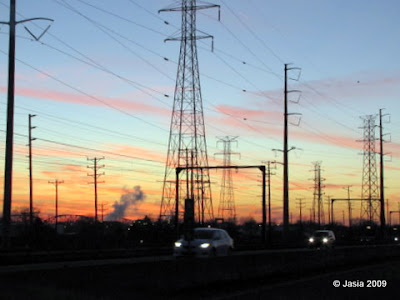 Driving into Chicago was the traffic nightmare I remembered. Even on a Saturday evening it was bumper to bumper traffic going 70+ mph in a 55mph zone. We knew this would likely be the case but taking the train was not an option. My ability to walk long distances or stand for any length of time has been severely compromised due to a back injury I incurred several months ago. So driving was our only option. Fortunately, D is an accomplished driver and even the Chicago traffic didn't rile him. 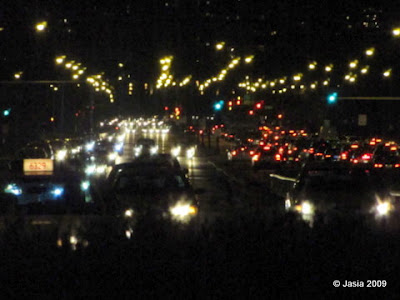 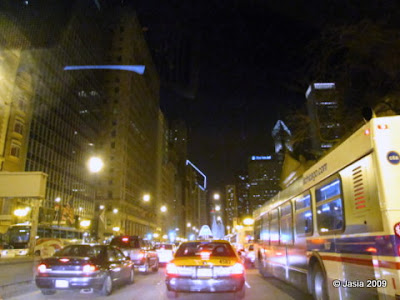 We went to dinner first, at a place called Brasserie Jo, which was recommended to us by a friend who lives in town. We wanted a casual dining place near the Magnificent Mile with good but not spicy food. BJ's was the perfect place for us. We especially appreciated that they had valet parking! The atmosphere reminded me of mid-century Hollywood with a strong French influence. The cuisine was strictly French. And yummy :-) 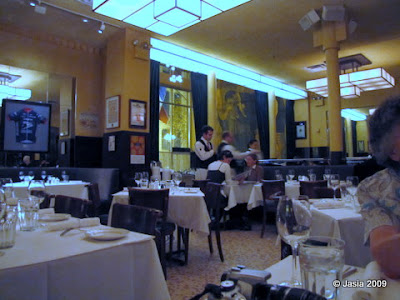 Our meal started with herbed carrot sticks and a loaf of French bread. 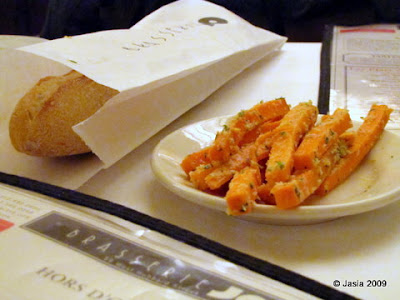 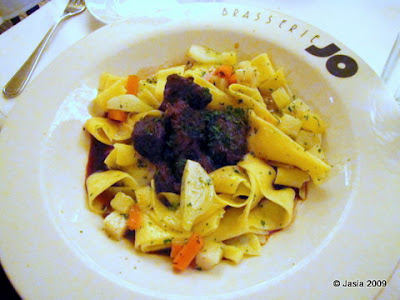 DJ and I had the special of the day, beef tenderloins, which were good although they were closer to "rare" than to the "medium" we ordered. 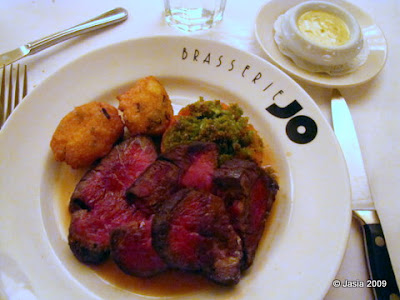 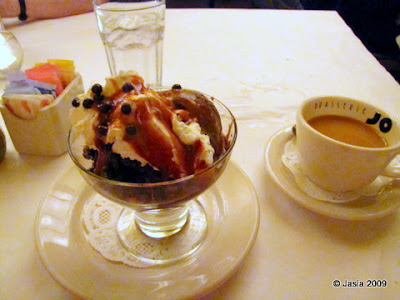 David ordered profiteroles. They too were good but not great. 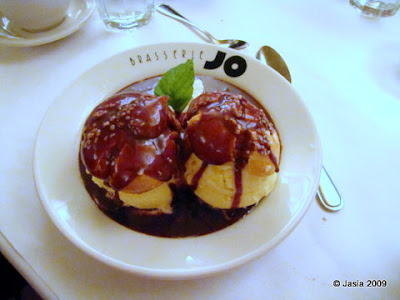 We enjoyed our dinners and would dine at Brasserie Jo's again but next time we'd opt for dessert elsewhere, like Ghiradelli, which was suggested to us by our friend but was logistically not feasible for us to get to.

We'd asked our waitress if we were walking distance from the Mag Mile. She said, "oh yes, no problem... just go 3 blocks this way and 3 or 4 blocks that way and you'll run right into it". Note to self: don't believe everything you hear from waitresses. 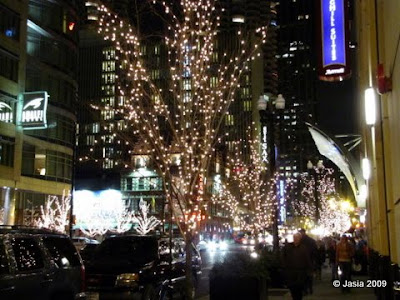 We set off walking to the Mag Mile (Michigan Avenue). I wasn't sure if my back would hold out but the weather was very mild and perfect for walking so we decided to give it a try. We went 3 blocks this way and 3 blocks that way... no Mag Mile in sight. We checked our GPS but couldn't get a signal. So we asked someone walking by where Michigan Avenue was and they said, "it's about 15 blocks away, if you're heading there you'll want to call a cab". Great. So with my back starting to hurt we walked back to the restaurant. Note to self: don't believe everything you hear from strangers.

When we got to the corner by the restaurant, we came across a cop walking the beat. So just out of curiosity we asked him where Michigan Avenue was. He said, "go 3 blocks this way and 3 or 4 blocks that way", at which point I started chuckling and said, "nope, we were just there and Michigan Avenue wasn't, try again". To which he said, "Are you calling me a liar? Just where are you from anyway?" Note to self: don't joke with Chicago cops, they have no sense of humor.

After a quick apology to the cop for doubting him (maybe it was 4 blocks that way and we were only a block away... who knows?) we asked for driving directions to get there. "Oh well, you want to go in the opposite direction then." Of course. Sure.

So we got our car from the valet and took off in search of the Magnificent Mile. We did eventually find it and took a couple pictures. Getting good pics was a real challenge. As soon as we got on Michigan Ave the signal lights all turned green so we only got to stop twice and both times we had a bus next to us. :-( We turned around to drive it again from the other direction and the same thing happened... all green lights and bus next to us. Here are the couple decent shots I got. 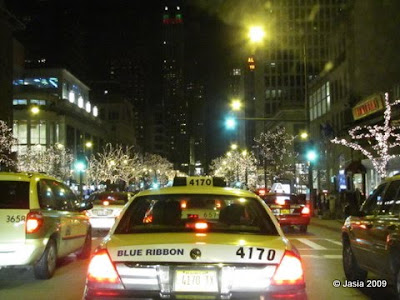 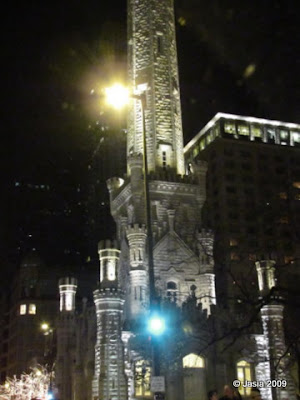 At that point we decided to call it a night and head back to the condo. 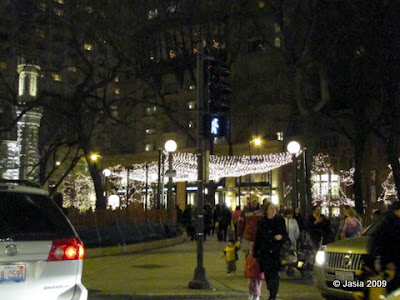 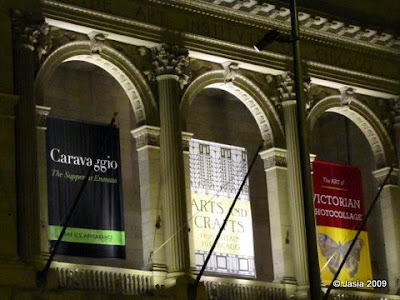 We took I-94 coming home (only 5 miles/5 minutes longer) and had a smooth ride, with no toll, all the way :-)
Activities Chicago Places Restaurants