September 22, 2009
Saturday, September 19, was the date for the second annual Blues, Brews, and BBQ at the St. Joseph bandshell. D and I are big fans of blues and BBQ, and D's a big fan of brew. So we were really looking forward to this event!

The event ran from noon till 6pm. We were busy painting here at the condo and didn't make it over to the bandshell until about 5pm. That was a big mistake.

The music was still going strong and was very good. We heard Kevin Q and the Night Crew with Venitia Sekema. A real pleasure to listen to. 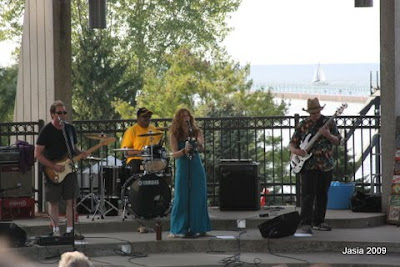 The bean bag toss competition was still happening... and it looked like a lot of fun! 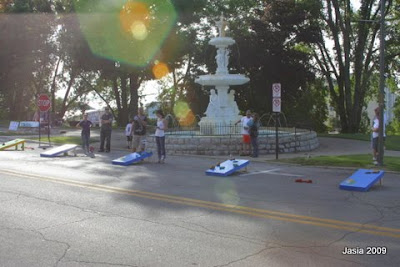 There was a good turnout for the event... 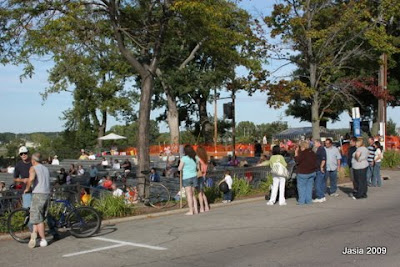 And that was the problem!

The two vendors who were selling the BBQ were sold out of most everything by the time we got there :-( . D ended up with a 1/2 lb of BBQ chicken from Larks. 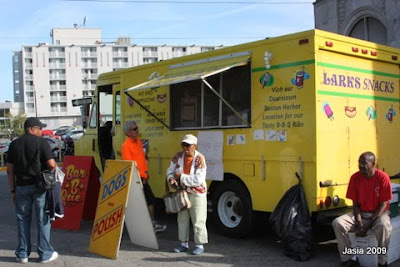 And I had a pulled chicken sandwich from Charlie's Piggin' N' Grinnin'. 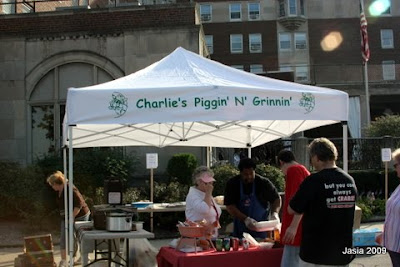 Neither of us had eaten BBQ from these establishments before so we thought it would be a good opportunity to check them out. We both preferred the BBQ sauce at Larks which was tangy without a smokey taste. The sauce at Charlie's had too much bite for me (even though I was careful to use the mild rather than the hot sauce). My chicken was tough as shoe leather and had a good bit of grizzle and a couple small bones in it. No photos this time around. The food was definitely not something I want to remember.

I don't know where the "brew" was. I guess we missed that vendor.

We will probably go back to the Blues, Brews, and BBQ next year but we'll definitely get there earlier!
Events St. Joseph