Barefoot in the Park (in November!)

November 08, 2009
What a warm and wonderful weekend we spent in St. Joe! I brought my new camera along and took advantage of Saturday's sunshine and blue skies to take some early morning shots at Lookout Park. 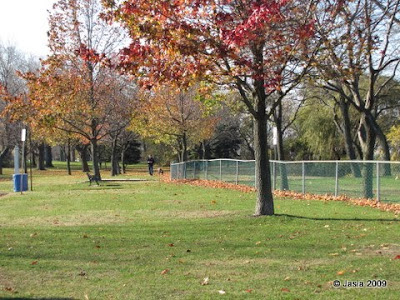 Then I moved on to the ramp area behind the water treatment plant. Nice panoramic views from there! 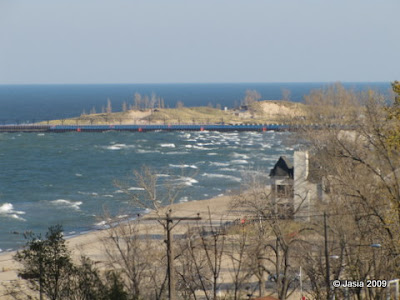 I took a drive over to Tiscornia Beach to catch the lighthouse in the late morning sun. 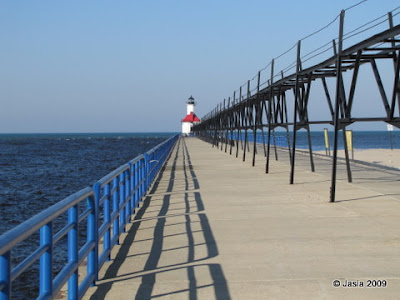 While I was there, I watched these guys kite boarding. It seems like it would be too cold to be out in Lake Michigan but I'm told these wet suits keep you pretty comfortable. 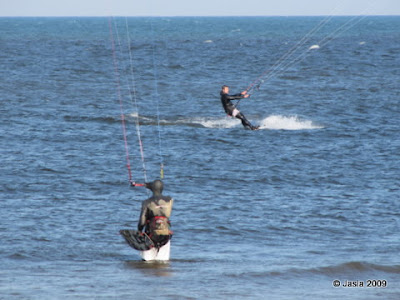 Then I made a stop at Silver Beach. It looks so barren and cold. But honestly, it was very mild. 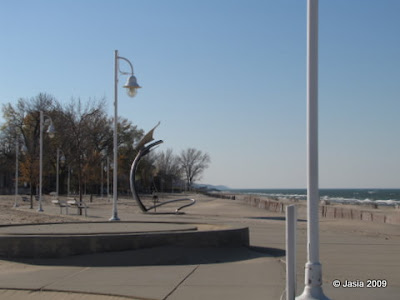 The high temperature officially got up to 66F but the thermometer on my deck shows it closer to 70F. :-) 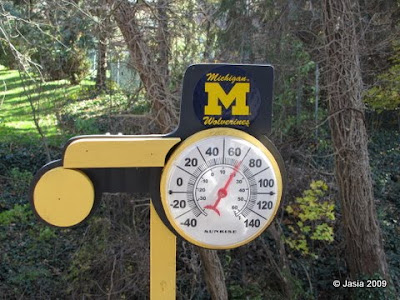 Took a break and watched the Michigan vs Purdue football game at the condo. That was a real heart breaker. Michigan played really well the first half but fell apart the second half and lost to Purdue. :-(

After the game D and I went to the Orchards Mall to do a little shopping. I don't quite know what to make of that mall. It looks like it was a nice place to shop at one time but most of the stores must have moved on. It was only the third time I was at the mall since we bought our condo in St. Joe. I was to Sears once when they were having their liquidation sale before the store closed in September of this year. I was to Payless Shoes for the "Oprah Sale" on October 30th. And I was to Elder Beerman just for the heck of it because I'd never been in an Elder Beerman store before. I liked EB although it's a small store. It strikes me as a Macy's lite.

After shopping, we went to Clementine's for dinner. Looking out the windows at the vacant marina seemed almost eerie. The golden evening sun made everything look almost surreal. 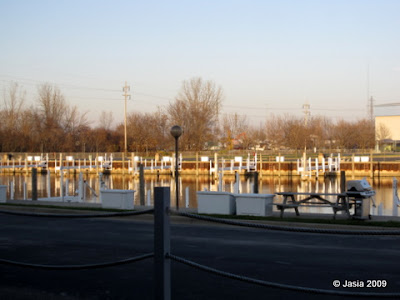 After dinner, we went over to Lake Bluff Park. It was absolutely magical! The golden sun and long shadows made for a beautiful early evening stroll. The warm weather was evident by the folks going barefoot in the park... 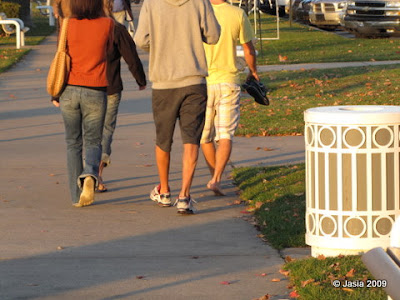 ...and jogging in shorts while surrounded by the Christmas light displays. 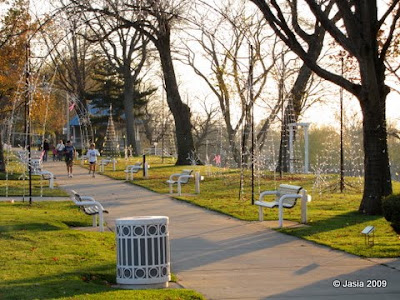 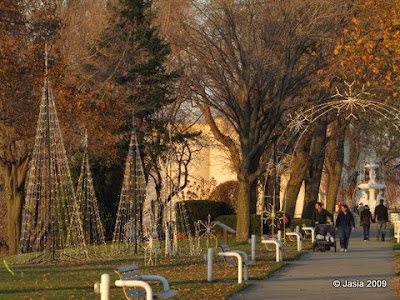 We ended the day watching the sunset from Lion's Park beach. 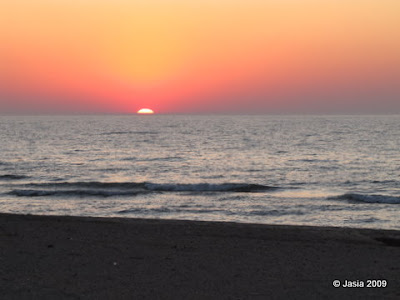 It won't be long now until the Luminary Festival (November 20). I'm looking forward to seeing the city of St. Joseph all lit up for the holidays! I sure wouldn't mind a couple more weeks of this beautiful Indian summer weather though. One can always hope ;-)
Benton Township Lake Michigan Photography Shopping St. Joseph