July 08, 2009
Those who know me know that I'm a big fan of college football, especially Big Ten football... especially University of Michigan football! And I'm especially obnoxious on Saturdays in the fall when Michigan is playing anyone, but especially Ohio State! True confession here: I regularly miss genealogy meetings to watch Michigan football!!! (The nerve of GenSo's to hold their meetings on football Saturdays! ;-)

Given that I'm a huge college football fan, it was only a matter of time before I made the trip down to South Bend, Indiana to the College Football Hall of Fame. The weather was once again (surprise - surprise) cool and cloudy today. Not a good beach day. So we, C and R and I, decided to go check out the CFHF.

We left St. Joseph about 2pm and got to the CFHF shortly before 3pm. There is a free (2 hour) parking lot right next door to the CFHF and we got a space up near the front :-) When we got inside, we discovered that we just about had the place to ourselves! The main floor has a nice lobby that looks out over a mock playing field. 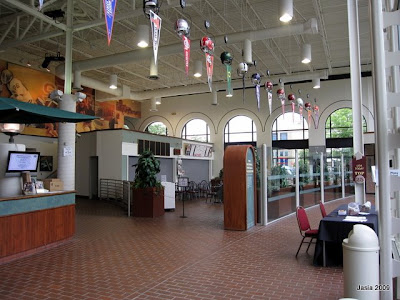 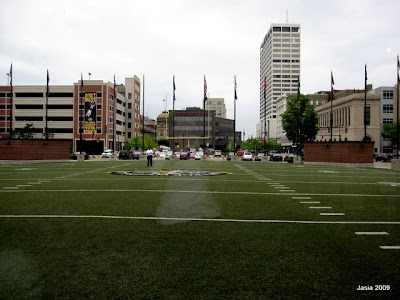 Also on the main floor is the gift shop with a nice selection of merchandise. We did our shopping first. 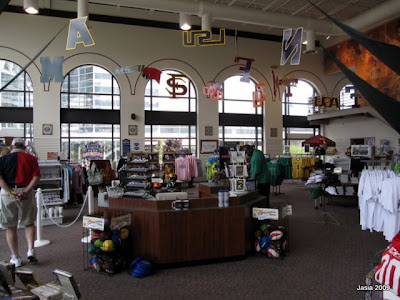 Everyone got a tshirt. This is C's. Mine says, "TGIFS, Thank God It's Football Season". 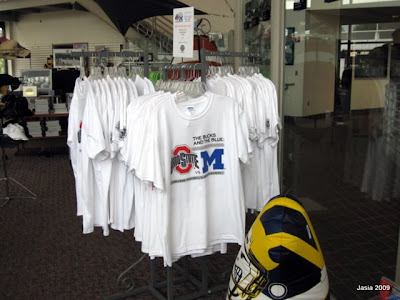 After shopping we bought our tickets, $12 for adults (that would be me), $8 for students (that would be C & R). Then we made our way down the winding ramp to the basement where all the exhibits are. 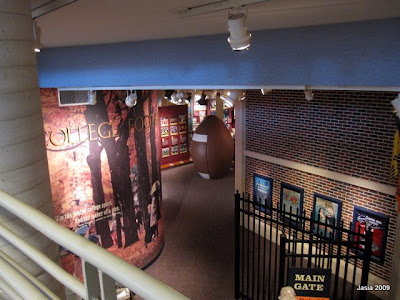 We entered the stadium exhibit first. It's a large room with photos projected on the walls and audio running (conversations with players and coaches). In the center are stadium seats and sideline field seats with life-size manikin figures of players, coaches, band members, cheerleaders, and spectators. 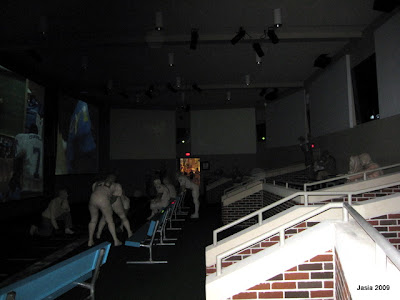 We had fun taking pictures of each other with the manikins but I dare not post those pictures here or I'll never hear the end of it from C and R ;-)

When we exited the stadium, we immediately went into "College Football's Greatest Rivalry" exhibit, which was about the University of Michigan and Ohio State University of course. 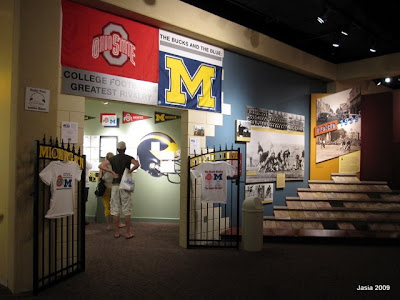 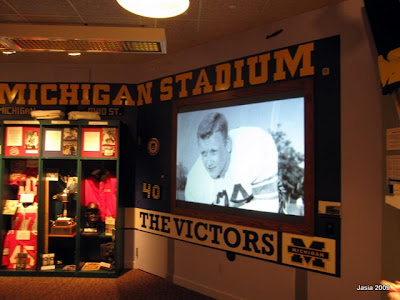 Lots of good memories from my days at U of M. I especially liked the remembrances of Bo and Woody. Those were the good old days!

Then we made our way around the rest of the exhibits spending the most time on the interactive ones. C and R had a great time pitting their skills against each other on tests of agility, strength, speed, kicking, throwing, etc. 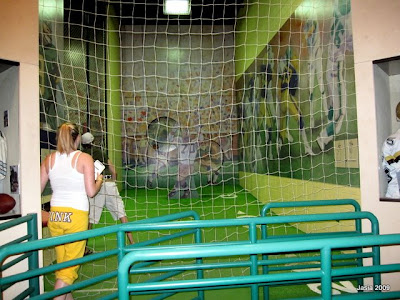 We spent just about 2 hours at the CFHF and everyone had a great time. We really liked the exhibits and all the attention paid to UofM/OSU! The youngsters we observed seemed to be enjoying it, adults were definitely enjoying it... it's a recommended good time for all college football fans! And less than an hour's drive from St. Joseph, Michigan :-)
Places South Bend