Roadtrip to the Outlet Mall

July 01, 2009
I spend most of my time discovering St. Joseph, but this week I took a trip to nearby Michigan City, Indiana to visit the Lighthouse Place outlet mall. Here's how it went...

D and I decided to take a friend's advice and take Red Arrow Highway down to Michigan City. It gave us a chance to check out all the towns along the way and see if there were some we'd like to return to. We found many! I wish I'd taken notes because I don't remember specific names but we'll definitely want to make a day of antique shopping and art gallery browsing along Red Arrow Hwy. We saw some interesting restaurants and lots of photo ops along the way too. :-)

I got a tip from Barb's Blog about dining at Maxine's in Michigan City. So we decided it was as good as any place to grab lunch. Maxine's was easy to find on Franklin Street. It has a cafe look from the outside with a cute little awning and bistro tables set out on the sidewalk. 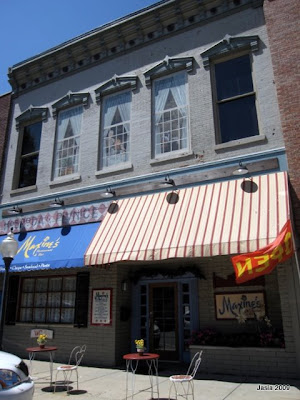 On the inside it looks like an 1880s French cafe complete with murals and impressionist art. Very European. Tres chic! 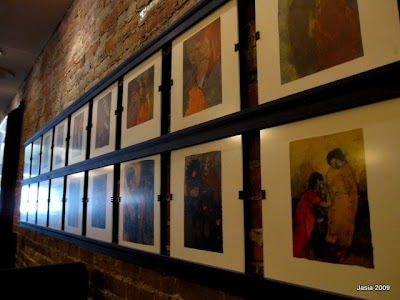 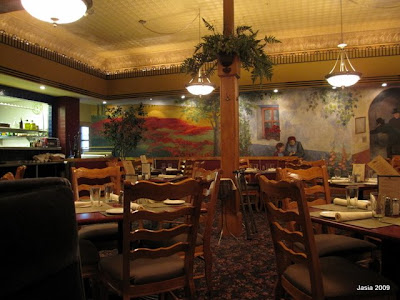 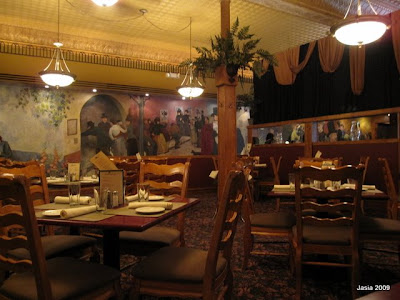 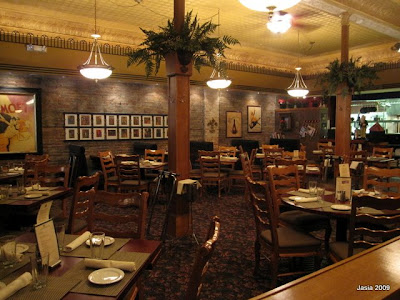 The menu was consistent with the atmosphere, also very European. The feature of the day was Goulash which was D's choice for a lunch entree. I chose the Schweinepfeffer. Don't even ask me how to pronounce it, I have no idea! I just pointed to the menu and our waitress Sabrina took it from there. Sabrina was a ray of sunshine by the way... friendly, chatty (but not overly so), and very competent at her job. My entree choice was thinly sliced pork loin medallions in red wine, juniper berries, and ligonberries, served with potato gnocchi. We were served a bread basket first, then a field greens salad with a mustard vinaigrette. Very tasty. 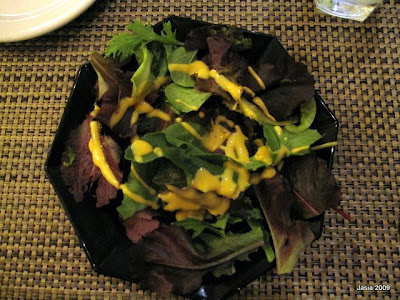 D and I both thought our entrees were-out-of-this-world delicious! The flavors were robust which we both appreciated. My pork was tender, the sauce was so good it made you want to lick your fingers (don't worry, I didn't!), and the broccoli was tender-fresh. Fabulous! The desserts tempted us but we managed to leave without indulging. It wasn't easy. 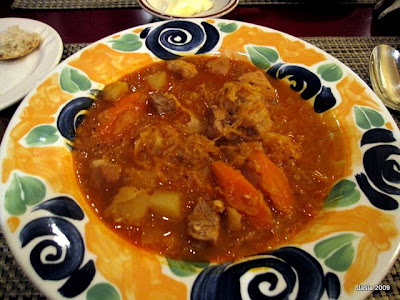 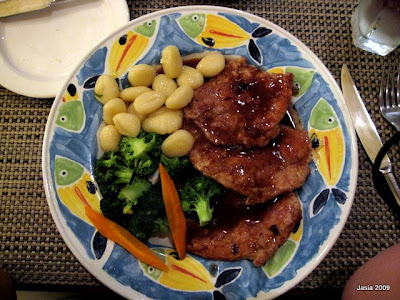 My Schweinepfeffer
After our delightful lunch at Maxine's, we headed over to the outlet mall which was just a short distance away. The mall has ample parking and was very neat and clean. It has many stores geared towards high school and college-aged kids. With stores like Nike, Puma, PacSun, Hollister, Aeropostale, Guess, and Old Navy, it's a young person's dream mall. But there are a few stores for the mature crowd as well with Brooks Brothers, Ann Klein, Burberry, Dress Barn, and Liz Clairborne, just to name a few. 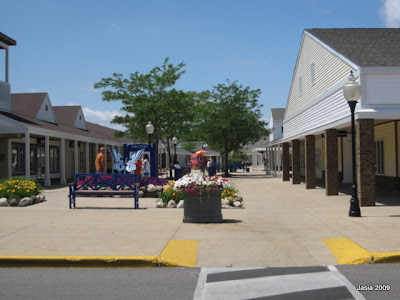 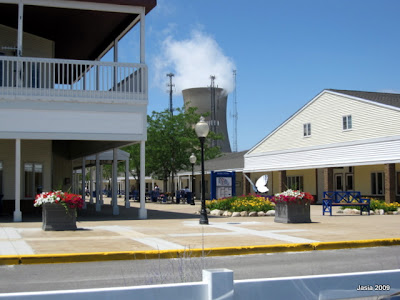 We stopped in the Pepperidge Farm store and were really disappointed with the selection. The soft-baked cookies we enjoy were all 2 months past their "best by" date. Needless to say we left without buying anything.

The mall lacks eateries and there isn't much in the way of housewares stores either. This was a big disappointment for me as I was hoping to find some window coverings, kitchen linens and gadgets, and the like. It's not as large a mall as I'm used to. We've frequented the outlet mall at Birch Run, Michigan for years and it has many more stores. But there are enough stores at Lighthouse Place to make it worth the drive from St. Joseph, Michigan.

After about 3 hours of shopping we called it a day. We went home with bags full of goodies from Eddie Bauer, Fossil, Vanity Fair, Coldwater Creek, and L'eggs/Hanes. We visited less than half of the stores at the mall so we left plenty for next time ;-)
Michigan City Restaurants Shopping