July 14, 2009
My first thought when I saw the town of Saugatuck was, "where's the art?" For a town that's touted as "artsy" it sure doesn't show off it's art in a big way like St. Joseph does. 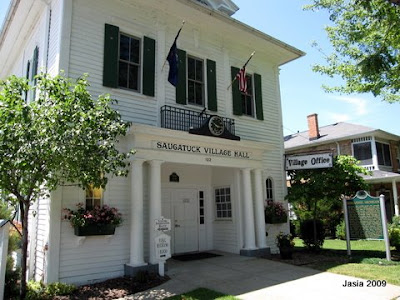 Don't get me wrong, there's plenty of art in Saugatuck, you just have to look for it. It's behind the doors and windows of the plethora of art galleries scattered throughout town. That's not a problem it's just that I expected to see the arts out and about... murals on buildings, sculptures on corners, mimes, musicians, dancing in the streets! Instead I saw a touristy town much like Mackinaw Island or Frankenmuth. Boutiques, souvenir shops, ice cream shops, and restaurants seemed to dominate the city streets. 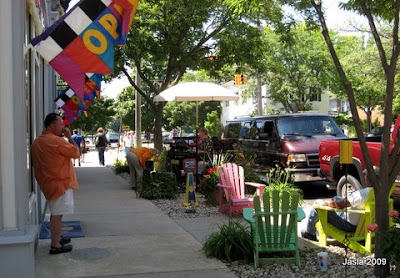 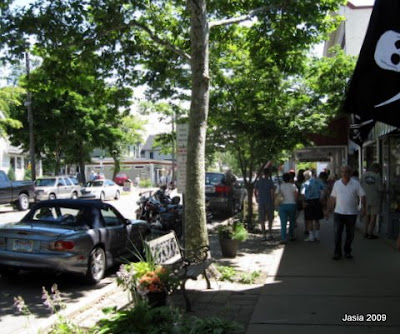 The streets are nicely tree lined, the shops are clean and neat, but parking is a headache. There are some nice parks but nobody was in them when we were there (a beautiful sunny Sunday in July). The Kalamazoo River runs right along side the town but somehow your eye isn't drawn to it. Saugatuck manages to feel busy without being exciting, laid back without being relaxing. 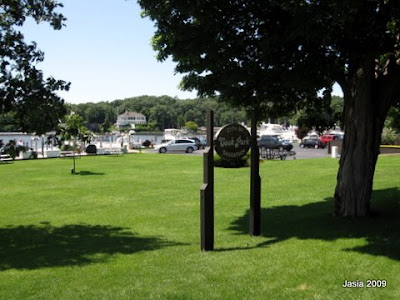 D and I parked and walked for several blocks stopping to gaze into store windows from time to time. One store that caught my eye was the Saugatuck Drug Store. The many colorful windsocks hanging outside the store called to me. 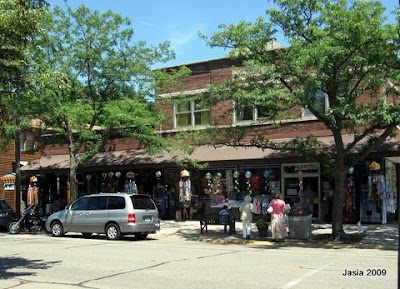 We went in and found pharmaceuticals and lots more! It turns out they have a vintage ice cream soda fountain in the back. 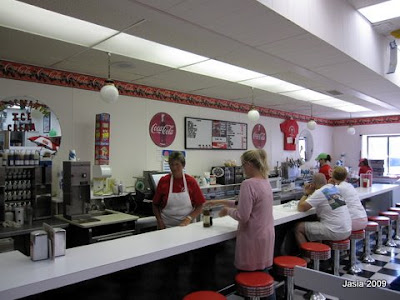 And they have lots of souvenir merchandise at reasonable prices. The windsocks were not reasonably priced though so I didn't purchase one (I'm always surprised at the prices they ask for those things! Ridiculous!). D bought a great t-shirt and I bought a zip front hoodie and a few plates (75% discount on the plates!). Then we continued our walk. 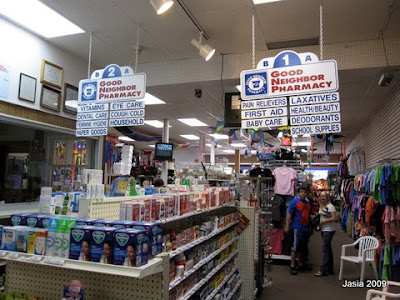 Another shop that called to me was, Uncharted Courses. It's windows were filled with just the sort of decor that would work nicely in our condo. So we took a stroll inside and found a very nice selection of signs, statues, clocks, lamps, paintings, etc. I discovered the perfect lamp for a table in our living room and a cute sign for the powder bath. We made our purchases and moved on. 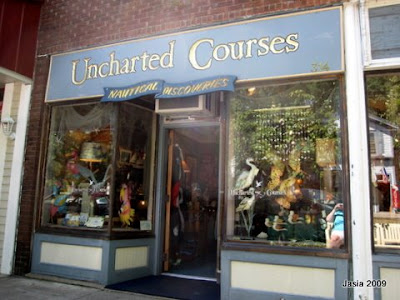 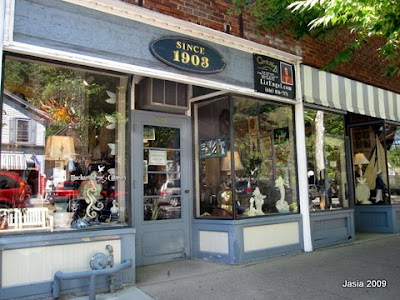 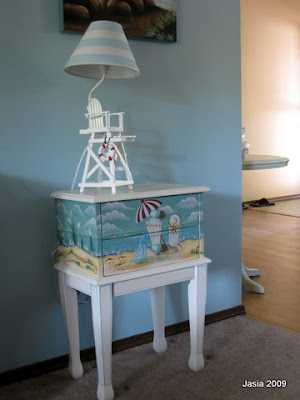 Once we came to the "end of the strip" so to speak, we turned around and headed back. We walked by Kilwins on the way and couldn't pass up the chance to grab an ice cream cone. I had New Orleans Pralines and Cream in a waffle cone, D had mint chocolate chip in a regular cone. :-) 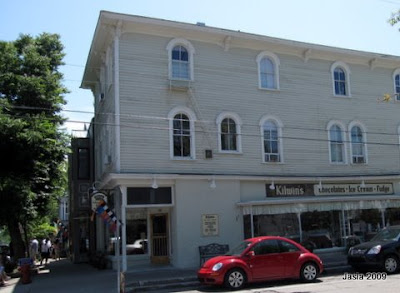 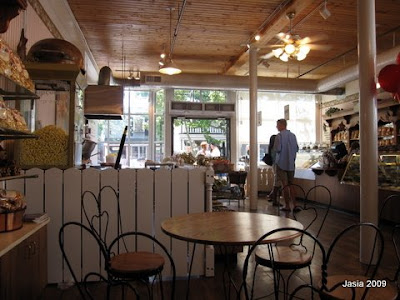 When we got back to the car we decided to head over to see what Oval Beach on Lake Michigan was like. Somehow I thought it would be closer to the town. It's not very close at all, not an easy walking distance anyway. We made the drive in a few minutes only to find they charge $10 for parking! I suppose that would have been reasonable if we were intending to stay for a few hours but we just wanted to see the beach, take a few pictures, and be out in 15-20 minutes. We weren't about to pay $10 for that so I have no pictures of Oval Beach to share with you.

We took a drive down the coast and stopped at Douglas Beach (free parking :-). D got out and walked down the ramp/stairs to the beach which was not visible from the road. He snapped a couple pictures and told me it wasn't worth making the effort to get down there. The beach was small, narrow, and had nothing special about it. We also stopped at Mt. Baldhead Park and I snapped a few pictures of the Kalamzoo River. 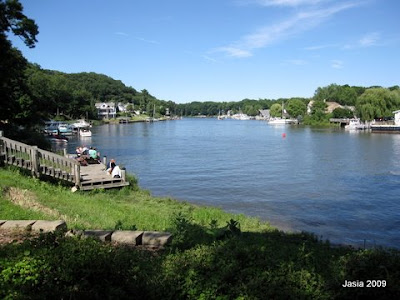 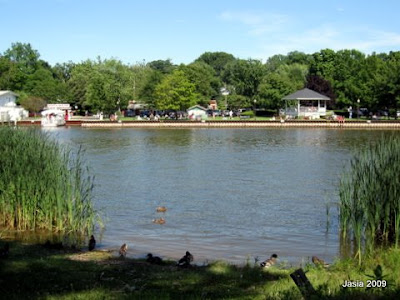 By that time, it was after 5pm and we were getting hungry. So we made our way back to town to find some place to have dinner. After checking out a half dozen restaurants we settled on Restaurant Toulouse. We had a lovely dinner there and then headed back to St. Joseph. 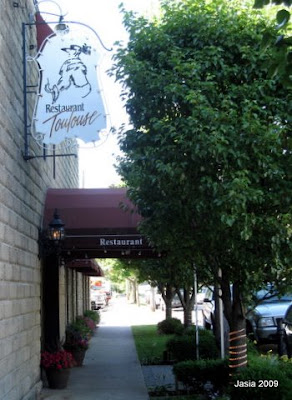 We had a pleasant day in Saugatuck. It took just under an hour to drive there from St. Joseph so it's an easy afternoon trip. I came home with some nice things and a full tummy. I'm sure we'll go back there again sometime but I don't think it will be any time soon. I liked it alright but it isn't my favorite of the Lake Michigan's beach towns.
Lake Michigan Places Saugatuck Shopping