July 21, 2009
I would have liked to have made it to the Venetian Festival Thursday, Friday, Saturday, and Sunday last week (July 16-19) but I was only able to make it there on Saturday. I did get two trips in Saturday though :-)

Saturday afternoon D and I had a lovely time at the festival. We first walked down from the bluff to the areas where the vendors were selling food. After checking out what food they had to offer, we settled on an order of beef tips with red skinned mashed potatoes, onions, & mushrooms and an order of bourbon chicken with fried rice. I must say, the food was absolutely delicious... way better than I expected to get from festival food vendors. 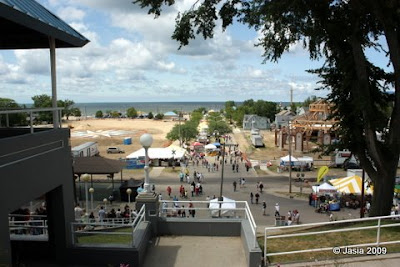 The beef tips were tender and very flavorful. We couldn't get over how good they were. And the mushrooms... salty sweet and savory all at the same time. The potatoes were warm and well mashed, not too stiff but not runny either. Yummy! 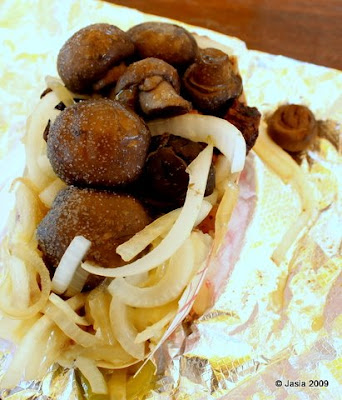 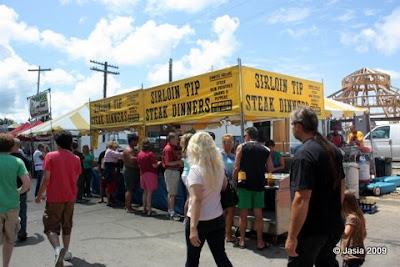 The bourbon chicken was tender and oh so sweet. The sauce was finger lickin' good! The fried rice was excellent as well. 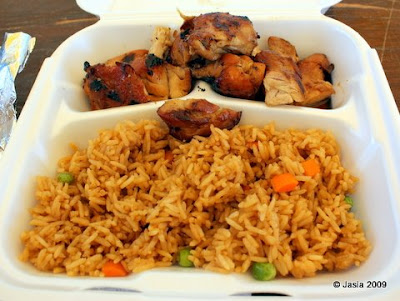 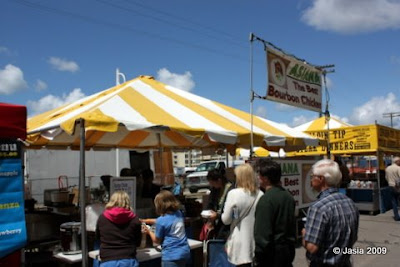 Once we'd tamed our appetites we took a stroll on down to the beach to see what was happening there. The weather was quite nice for strolling if a bit too cool for being in the lake. Still, a few were. 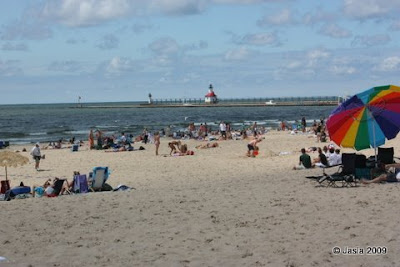 There were the carnival rides in Silver Beach's north parking lot... 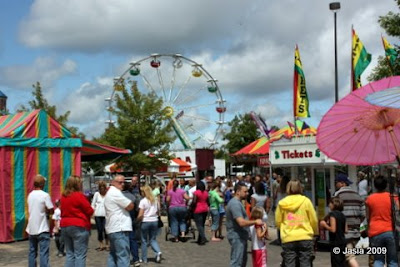 And there were lots and lots of beach volleyball games going on farther south on the beach. I guess the gals must have played earlier because all we saw were guys playing... 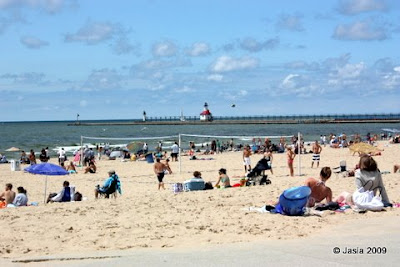 On the shoreline there were sand castles being erected but I missed that shot.

After taking in all the goings on at the beach we headed back up the bluff and walked the length of the arts and crafts fair. We found a couple different pieces to our liking and bought them for the condo.

By then we'd been on our feet for almost 2 hours and were ready to call it an afternoon. We headed home for a short nap and then had a bit of comedy when we discovered a chipmunk had taken up residence in the condo. D chased him around with a broom, K barked for all he was worth, and I screamed for good measure. After a little while, the chipmunk found his way back outdoors and we spent some time cleaning up after the little guy.

After dinner, we headed back to the festival to watch the lighted boat parade and the fireworks. Rather than riding around waiting for someone to pull out of a parking space, we opted to support a good cause and paid $20 to the St. Joseph Catholic High School athletic program and parked in the church/school parking lot.

We walked to the section of the bluff in front of the Whitcomb and set up our chairs so we could see the boat parade off to our right and the fireworks straight ahead of us. We arrived about 9:10pm but probably should have arrived about 8:30pm to get better seating. Our seats weren't bad though. We had great entertainment while we waited for the boat parade and fireworks to begin. Down on the field before us (Bob DeLong River Stage) was "A Tribute to Billy Joel" featuring Jeff Brewer, and was he ever good!!! My toe was tapping and I was singing along the whole time :-) 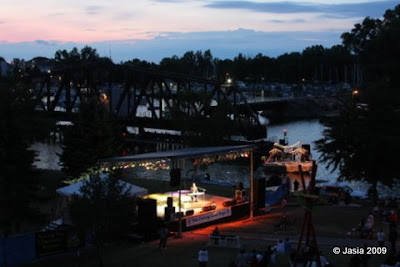 The lighted boat parade started on time (10:15-10:30) but I was a little surprised there weren't more boats participating. There were only six or seven boats in the parade. I'm not sure how that compares to previous years but it didn't seem like enough to me. We enjoyed what we saw, we just wish there had been more to see. 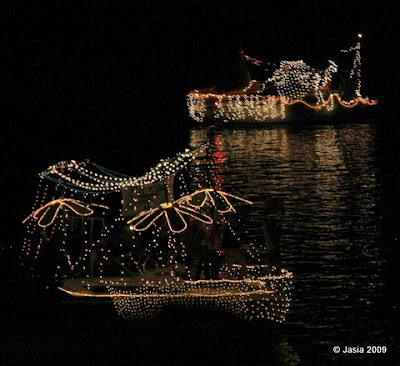 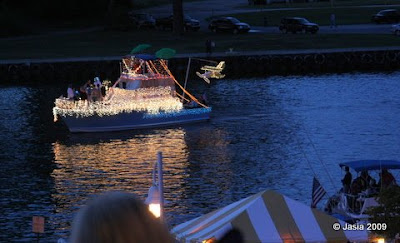 The fireworks were supposed to start at 10:45pm but it turns out that was only a suggestion at best. I don't know what the organizers were waiting for (the Billy Squire concert to end?) but they didn't start the fireworks until almost 11:15pm. The fireworks were wonderful though... more impressive than those on the 4th of July. We enjoyed them and took lots of pictures. 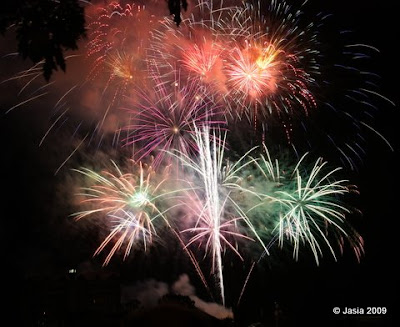 Traffic was heavy leaving town as you would imagine. But we made much better time getting home (22 minutes) than we did after the fireworks on the 4th.

There were so many events in this year's Venetian Festival, I just wish we could have attended more of them. Ah well, we'll have plenty of "new" things to see when the festival comes around again next year.

Congratulations to the festival organizers on a wonderful event! Mother nature could have been kinder with the weather but all in all the crowds looked to be substantial. Hopefully the vendors did good business and there will be a boost for the local economy.

We went into town for breakfast Sunday morning and the streets looked clean and neat... the clean up crew must have been at it all night given the size of the crowd. Thanks for keeping our city looking its best!
Events St. Joseph